This past week, both Kindergarten and First Grade students had their music concerts at ADM High School.

Kindergarten has been hard at work all year working on steady beat, singing on pitch, moving expressively to music, moving to the beat, and how to play percussion instruments. They showcased these skills in their concert by telling the story “We’re Going on a Bear Hunt” with their expressive speaking and singing voices, playing the steady beat on instruments, moving to the music, and dancing.

First grade has been working all year on rhythmic and melodic literacy. They demonstrated some of these patterns by playing ostinatos (a short repeated pattern) along with a few of their songs in their “Outer space” concert on Thursday. Mrs. Anderson read a short story about aliens during their concert and the First graders sang and played a repeated pattern on the xylophones with her! First grade is also working on moving their bodies to the beat and expressively along with music. They demonstrated this by adding motions and a scarf routine.

We want to thank the parents who brought treats, Jeanette Pfrimmer for all her work getting the music concert set up, and our students for all their hard work! 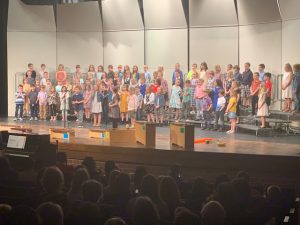 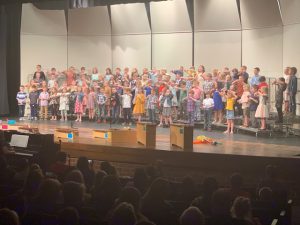 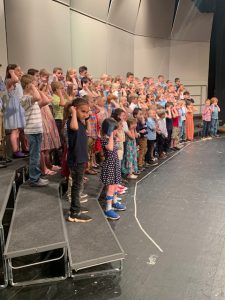 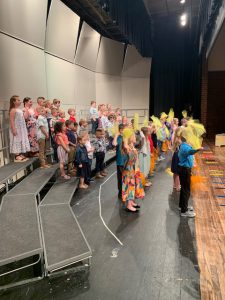