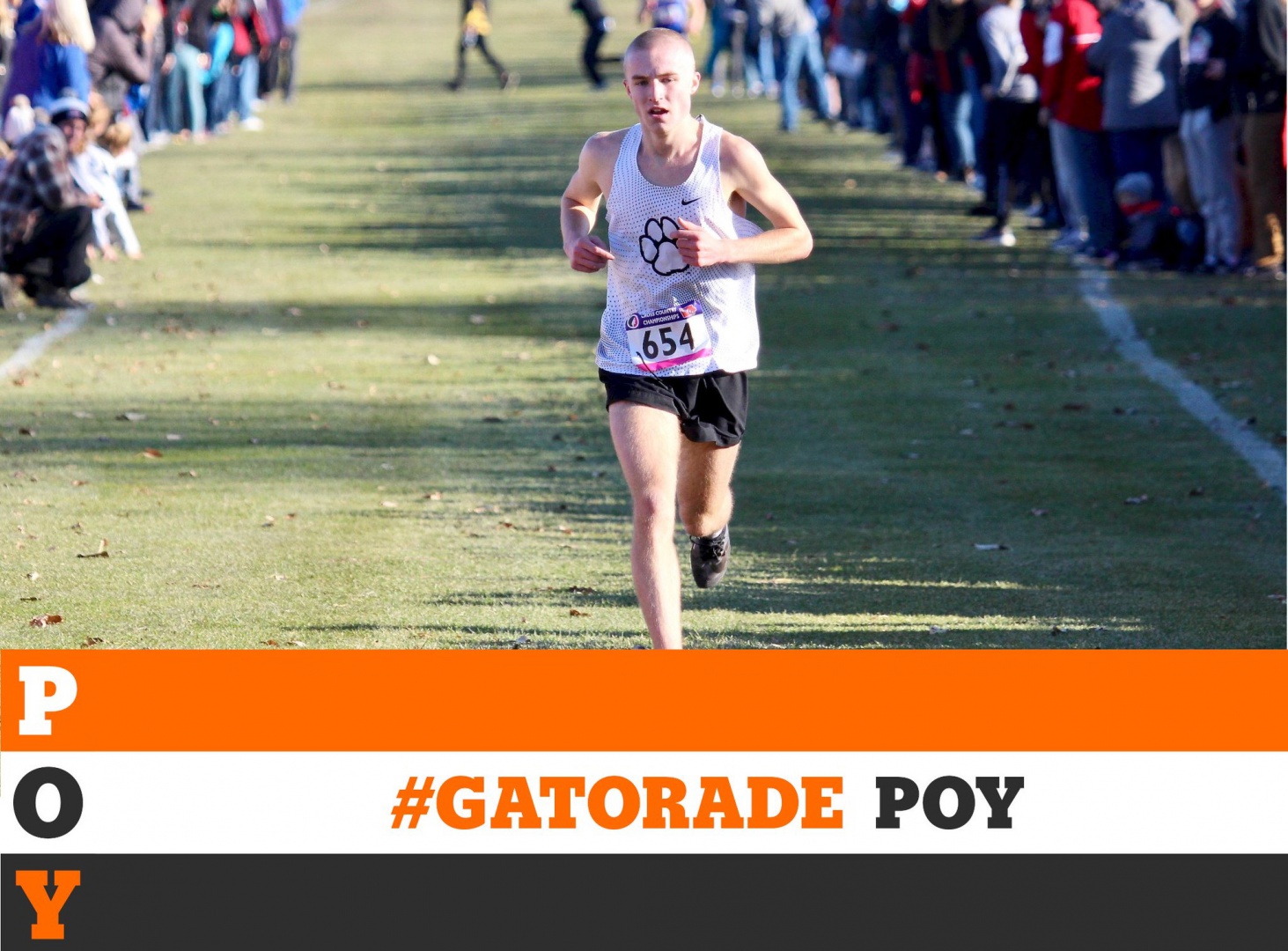 The 5-foot-8, 120-pound senior won the Class 3A state meet for a second-straight year this past season with a time of 15:28.7, breaking the tape 19.3 seconds ahead of his next-closest competitor and leading the Tigers to a ninth-place finish as a team. Mueller set two course records while winning six of his eight races. He is a four-time Class 3A First Team All-State selection.

A two-time All-Conference honoree with the ADM boys basketball team, Mueller serves on the leadership team of his local Fellowship of Christian Athletes chapter. He has volunteered locally with an elementary school literacy outreach program and has donated his time to multiple community service initiatives through his church youth group. “Nate is the most disciplined runner I have ever coached,” said Josh Chapman, head coach of ADM High. “Everything he does is calculated and in his control, which makes him incredibly difficult to beat.”

Mueller has maintained a 3.52 GPA in the classroom. He has signed a National Letter of Intent to run on scholarship at Iowa State University this fall.

Through Gatorade’s cause marketing platform “Play it Forward,” Mueller has the opportunity to award a $1,000 grant to a local or national youth sports organization of their choosing. Mueller is also eligible to submit a 30-second video explaining why the organization they chose is deserving of one of twelve $10,000 spotlight grants, which will be announced throughout the year. To date, Gatorade Player of the Year winners’ grants have totaled more than $2.7 million across 1,117 organizations.

Since the program’s inception in 1985, Gatorade Player of the Year award recipients have won hundreds of professional and college championships, and many have also turned into pillars in their communities, becoming coaches, business owners and educators. To learn more about the Gatorade Player of the Year program, check out past winners or to nominate student-athletes, visit www.playeroftheyear.gatorade.com, on Facebook at www.facebook.com/GatoradePOY or follow us on Twitter at www.twitter.com/Gatorade.