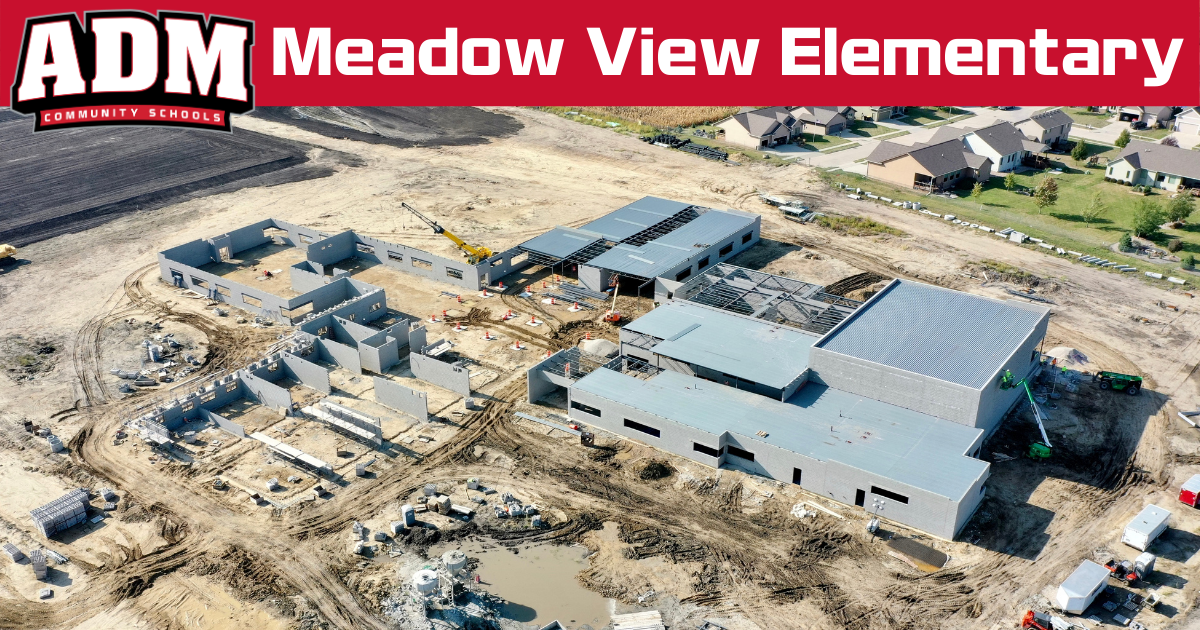 Meadow View Elementary will serve students in grades 2-4 and will open next August for the start of the 2021-22 school year. Jodi Banse, who currently serves as the principal of DeSoto Intermediate has been named the building principal of Meadow View Elementary. Jodi Banse, along with Travis Wilkins, ADM’s Director of Innovative Learning and Communications, served as the building naming committee’s facilitators along with six other members that represented administrators, teachers, parents, and ADM alumni.

In April the building naming committee asked for building name suggestions from parents, students, staff, community members and alumni.  In total, 236 name suggestion forms were submitted with a total of 315 building names submitted for consideration.  The committee reviewed the names that had been submitted and worked to identify the name of the building to be proposed to the ADM Board Of Education.  When asked about the process of selecting a name, Principal Banse stated, “It was a difficult process to select one name, as so many great names had been suggested by the community. The submitted names were able to be grouped by themes, with the majority of suggestions being the name of an individual or a name reflecting an area landmark or nature theme. In the end, the committee identified a way to honor three suggested names by naming a wing to honor individuals whose last names had been submitted. Once that decision was made, the committee was then able focus on other names that had been suggested which ultimately led to the selection of the name Meadow View Elementary.”

Having a name for the building adds excitement and energy amid challenging circumstances related to COVID-19.  “We are excited now to be able to refer to the new building as Meadow View Elementary.”  said superintendent Greg Dufoe.  “Opening a new building is significant for our communities, families, students, and staff and in the midst of what has been a challenging time for everyone, it is great to turn our attention to opening Meadow View Elementary and the opportunities it will create for our students at ADM.”

The name Meadow View Elementary was vetted through legal counsel to ensure all trademark, license, and copyright processes were followed.  It was identified that no other schools in Iowa are currently named Meadow View and only a small number of elementary schools around the country share the name.