On Friday, February 14th, Ron Gilliland was honored for 50 years of service to ADM Schools and Iowa high school athletics. Ron Gilliland has served as the PA announcer for ADM wrestling, football, volleyball, track, and basketball at different times over the past 50 years, announcing his final football game in 2015 and final track meet in 2019.  He will conclude his basketball PA announcing after this year but plans to continue announcing volleyball “while it is still fun.”

Ron started working ADM track meets by raking pits and working as a finish line timer in 1967 and eventually became a PA announcer for ADM track events in 1969.  Beyond PA announcing at ADM, Ron served as the assistant to State Girls Track meet PA Announcers Jim Duncan and George Turner, where his work provided an opportunity to serve as the field announcer for the Drake Relay Decathlon and Field Events.  When the Drake Relays moved announcers to the press box, Ron chose to remain on the field working field events with the “Adel Crew” until he retired after 32 years of working the Drake Relays in 2010.

In addition to PA announcing, Ron Gilliland has served as a high school softball umpire and has received a number of recognitions, honors and awards, which include:

Join us in thanking Ron Gilliland for his 50 years of service to ADM and Iowa high school athletics! 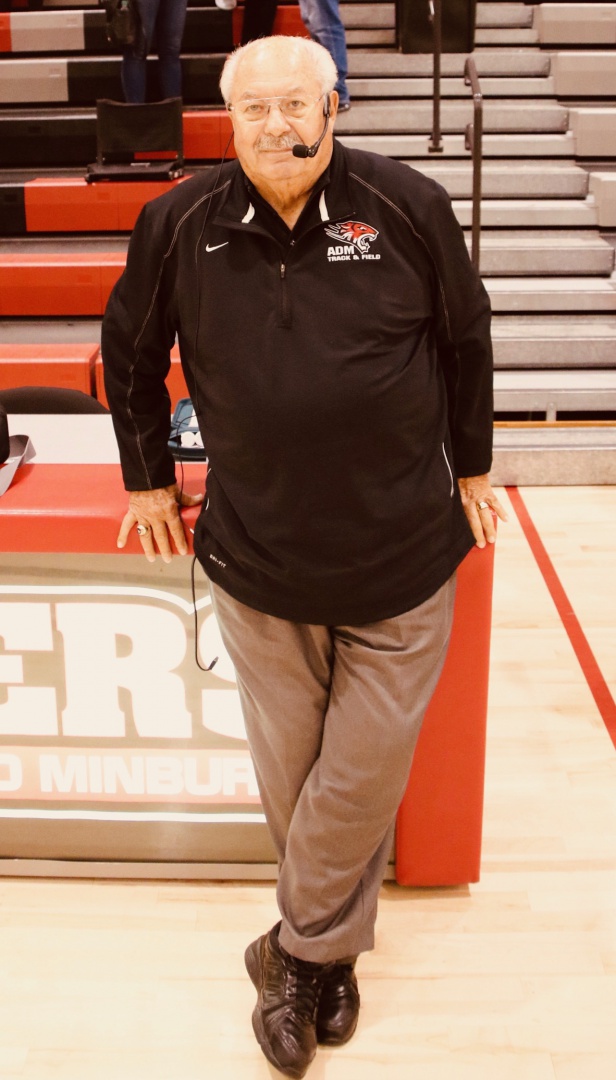