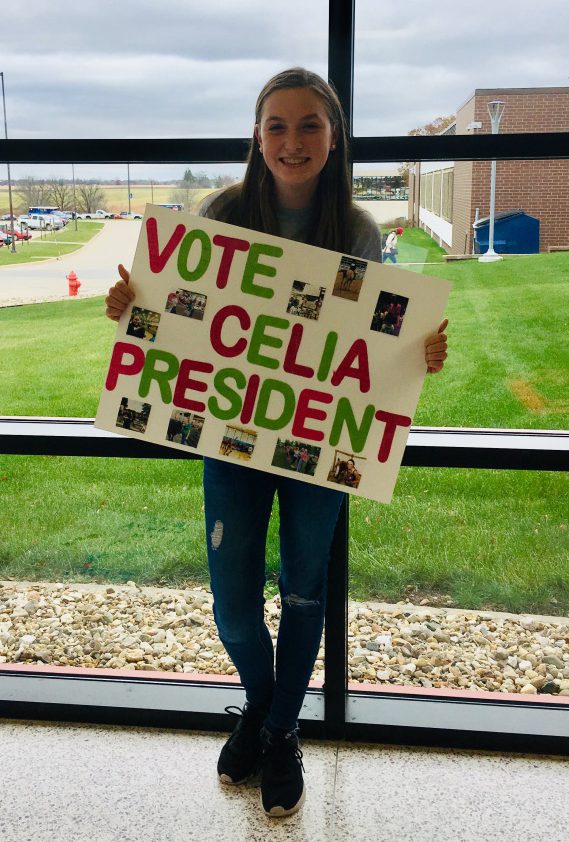 On Monday, November 18th Celia Kreifels completed her 1-year term as Iowa Middle School State Student Council President. Celia was elected President in the fall of 2018 and presided over the council during her 8th-grade year. She was elected by all attendees of the 2018 State Student Council Fall Conference after giving a compelling speech and campaigning during the conference.

Celia was a wonderful representative of ADM Middle School as she led others in making team decisions and planned 2 state conference events. Celia served on the ADM Middle School Student Council for 3 years and played an important role in many large projects. Some of these projects include a middle school dance that funded a project to erect a new middle school flag pole with a new flag, a dance that raised over $1,000 for the Crisis Intervention Center of Iowa and a coin drive that raised $10,000 dollars for Beat Cancer Today.

As a Freshman at ADM High School, Celia continues to serve as a model student for our middle school student body. Join us in congratulating Celia Kreifels on completing her 1-year terms as the Iowa Middle School State Student Council President!