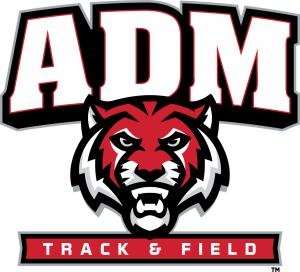 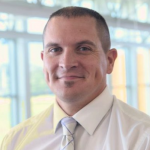 Coach Hunt has been the Head Girls Track & Field Coach at Waukee since 2009. During his ten seasons at Waukee, Coach Hunt helped build the Warriors into one of the premier track & field programs in Iowa. Under his leadership the Warriors won eight CIML Championships, nine IGHSAU Regional Championships and captured the team state championship six times, most recently in 2018. Jesse was recently recognized as the Des Moines Register All-Sports Coach of the Year for Girls Track & Field in 2018.

Coach Hunt prides himself in building a track & field program around the following core values:

Jesse and his family currently reside in Adel and are excited to continue their involvement in the ADM community. Coach Hunt stated, “The ADM community is one we call home as a family and I felt led to do what I can to have a positive impact as a coach in the place closest to our home and children.” In addition to his new role as Head Boys Track & Field coach, Jesse will also coach middle school football at ADM beginning this fall.

“We couldn’t be more excited to have Coach Hunt joining us at ADM,” said ADM Activities Director, Reece Satre. “Not only does Jesse have an impressive resume of success as a track coach, but his attention to detail during the season and his vision to develop a year-round plan that meshed with our departmental goals was apparent during our interview with him. He has a vision for the growth of our track & field program at ADM. He’s a great addition to the coaching staff at ADM and he believes in developing multi-sport athletes as a key to building a strong overall athletic program.”