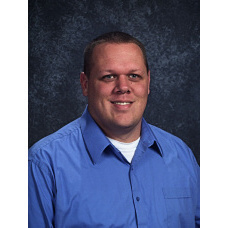 Jason brings a wealth of experience to ADM, having served for nine years as Director of Technology for the Carlisle Community School District.  Further, Jason has served as IT Client Services Manager at Drake University, Systems Administrator at Iowa Heart Center, and as an IT Technician with the city of Burnsville, MN.  In addition to these professional experiences, Jason also served in the Iowa Army National Guard, Iowa Air National Guard, and the Minnesota Army National Guard, in positions ranging from IT roles to personnel to infantryman.  Jason earned his Master in Public Administration from Drake University, and did his undergraduate work at Grand View College.

Away from work, Jason and his wife, Carrie, have two sons, with whom Jason keeps busy as a volunteer for Little League Baseball and Youth Football.

Jason and Adam are looking forward to working together in advance of July 1st to ensure a smooth transition period over the summer.